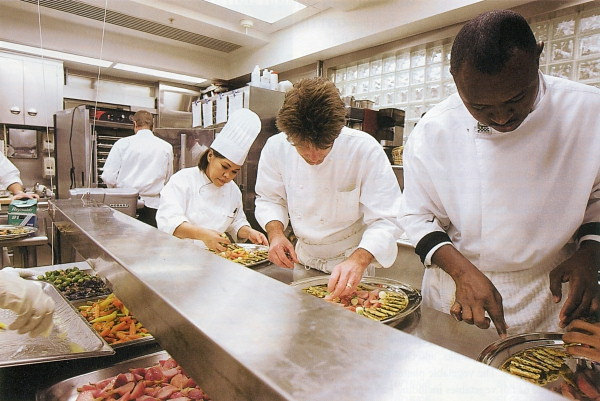 Stories have surfaced on a popular subreddit on Reddit.com relating to food safety regulations. A user asked “Health Inspectors of Reddit, what’s the worst violation you’ve ever seen?”

Here are some of the most shocking stories and how food handlers and food managers should avoid violating these health regulations.

“Did food safety inspection at a large slaughterhouse for a while. We did our own inspections each shift and the government inspector stopped by once a day too. One day, i came round a corner, and one of the workers who was running service for the butchers had dropped a ham on the floor. So, the proper way to handle this for him was to leave it there, and call for a re-inspector to come pick it up, take it out to carve off any contaminated bits and rinse it in boiling water. Now it relatively often happened meat was dropped on the floor, it’s just very very hard to avoid it when running in a factory setting with human labor. So this was common – what was uncommon was what the guy did. First he tried catching it as it fell, which would’ve been fine – no contact with any surface and he could’ve just thrown it back into the tub it had fallen out of. He didn’t catch it though and it landed on the floor. Thinking that no one was watching, he tried picking it up, and dropped it again. He did this 3 times. So first and foremost he’s not supposed to be touching anything that’s been on the floor. It cross contaminates his hands and he has nowhere to put the contaminated product anyway. But he did this, 3 times, and dropped it 3 times(freshly carved hams can be slippery when wearing vinyl gloves). He then, out of pure frustration/annoyance at the unwieldy ham, dropped down on all fours, and proceeded to pick up the raw, freshly cut, 6 kilo ham – by his teeth. Stood up, ham dangling from his chompers – and dropped it into the tub with around 600kg of product – and drove off with the tub for processing.
He was fired a few minutes after that, and the entire tub of product discarded.” – /u/Mads_00

Food Managers should encourage employees to report when food has been contaminated instead of hiding the evidence. If a business has processes set in place that penalize food handlers for making mistakes, the likelihood of employees hiding their violations increases. Food safety offenses are bound to occur but how management chooses to respond is what really matters.

“Used to have a job working as an inspector for storage tanks at places like dairies and factories. Went to a cheesecake factory once to test a milk storage tank. It had just been cleaned and was being prepped to be filled with a tanker full of milk. I noticed the floor of the tank was covered in bleach. It turned out, the floor manager couldn’t be arsed to spend the time sucking out the rest of the cleaning fluid used in the cleaning process and, as standard, just filled the tank with milk on top of a dozen gallons of bleach. His theory was, that there was enough milk to dilute the bleach to acceptable consumption levels. I wrote a report and he was promptly fired.” – /u/karadan100

Chemical contamination is a serious violation and can cause extremely harmful illnesses and even death. Ensure all employees are aware of the dangers of consuming even small amounts of detergents and other chemicals as well as how to handle and store chemicals properly.

“I saw a 5 gallon of rice in a walk in with no date. i asked how long it had been cooling and they explained for several days. Knowing that rice is incredibly difficult to cool, i asked them to dump it out onto a clean table. The smell of death (clostridium) filled the air. that rice would have probably killed someone.” – /u/ilikemonkeys